Before the start of the online era, Natus Vincere looked poised to become the best team in the world. A second place finish at ICE Challenge 2020 as well as victories at BLAST Premier: Spring and IEM Katowice helped the team maintain the #1 spot on HLTV’s world ranking between March and April. The move to online play with the on-going Covid-19 pandemic, however, saw NAVI’s form drop off. To the surprise of many, the CIS giants exited the ESL One: Road to Rio CIS event in 7th-8th place.

Sitting at #4, NAVI are still the highest ranked CIS team on HLTV’s ranking, but they’re not currently the region’s highest earners when it comes to RMR points. While NAVI has had fluctuating performances, another local rival has stepped up to the occasion.

Having entered the scene in 2016, Team Spirit is a familiar face in Counter-Strike, but this iteration of the roster is perhaps the most successful to date. The lineup was formed in September 2019 when Nikolay "mir" Bityukov and Boris "magixx" Vorobiev linked up with Victor "sdy" Orudzhev, Leonid "chopper" Vishnyakov, Artem "iDISBALANCE" Egorov and head coach Nikolay "Certus" Poluyanov. With an impressive 3475 RMR points under their belt, Spirit have secured themselves a spot at the upcoming ESL One: Rio 2020 Major. An innovative playstyle and roster full of high-caliber players with immense potential are only some of the reasons why Spirit has looked so good throughout 2020.

The longest standing member of Spirit, sdy has proven to be an incredibly solid rifler during his tenure. He’s a very well-rounded, stable and consistent player, making him an extremely important asset to the team. Rarely ever getting caught off guard, sdy is a very heads up lurker who is able to easily take map control on his own. When the time comes to join up with his team and execute a bombsite, he’s usually the second or third man in and looks to trade his teammates. He’s a player with incredible gamesense who is often one step ahead of the enemy, characterised by his low deaths per round (0.60 DPR). While he may get outshined by some of his teammates, his stable performance is an integral part of Spirit’s success as it allows the aggressive players to take chances and make plays.

Fairly new to the role, chopper is the in-game leader for the team. Primarily known for his time on Vega Squadron with mir, chopper has always been outshined by his peers throughout his career. That said, he’s been an invaluable addition to the Spirit lineup. While he isn’t a mad fragging IGL like Benjamin "blameF" Bremer, chopper is still very capable of holding his own. He mostly plays support roles and uses unconventional yet very effective utility to help out his teammates. In fact, chopper only dies with an average of 205$ in utility, showcasing just how much emphasis he puts on grenade usage. Given that he's at the back lining up his smokes and flashes, chopper is the last man in. Luckily, when things go South, he's the team's best clutch player with a +17 win/loss difference in 2020.  Over 500 kills have been recorded with the Desert Eagle in the Russian’s career and his remarkable aptitude with the weapon makes him a force to be reckoned with during half-buys. Even more impressive than his Deagle skills is chopper’s in-game leading. Unlike most of his CIS peers, his strat book is very deep and diverse. Some rounds are aggressive, some rounds are drawn out. Surprisingly, it's a very different style to that of the aforementioned Vega Squadron though there are still visible elements of his past team, especially when it comes to setting up mir. His ability to read the game and get his players on the same page are what make him a great leader.

The team’s AWPer, iDISBALANCE, has been an integral part of Spirit’s success. He first made a name for himself in the open qualifier for DreamHack Open Winter 2018 where he helped Syman Gaming topple the heavy favorites of Team Vitality, boasting a 1.48 rating in that map. Though many had written him off, iDISBALANCE has maintained great form since joining Spirit and has been a key part of the team’s ability to open up bombsites. With a 1.18 opening kill rating and 1.61 opening kill ratio in 2020, the AWPer easily cracks open the enemy’s defenses. As a matter of fact, his team has managed to close out 79.4% of rounds following his entry kills. Comically, he has the most recorded team flashes, but he also blinds the most enemies with his flashbangs, thus remaining very impactful even when he isn’t going for the first pick. As expected of an AWPer, he also has the best crosshair placement on his team, averaging only 3.9° off from his enemies. Spirit rarely ever uses double AWP setups, asides from Train and Dust II where magixx and mir wield the big green gun, respectively. Consequently, a lot of responsibility lays on iDISBALANCE’s shoulder, but he uses the weapon with ease and could easily, in time, turn into one of the region’s best snipers. His incredible mechanical abilities and willingness to take unfavorable duels and succeed are what make iDISBALANCE stand out.

Easily the most well-known player on the squad, mir is the entry fragger for Team Spirit. The hype definitely isn’t unwarranted as mir is an incredibly mechanically gifted player. Boasting a 1.22 HLTV rating in 2020, he’s surprisingly the oldest player on the team at 24 years old. He possesses an impressive 1.15 opening kill rating and 1.36 opening kill ratio while maintaining an average ADR and KPR of 84.4 and 0.77 respectively. He embodies that notorious CIS aggresion, but often goes beyond the expectations you'd have of the average entry fragger by getting numerous multtikills. While it may seem like he opens up bombsites on his own, it’s the support of his teammates (via thrown utility or earlier map control taken) that makes his job much easier. He never needs to worry while he’s entrying and can focus on the task at hand. One of the many factors that makes mir a great entry fragger is his movement; he’s able to properly counter-strafe 88.39% of the time! The confidence he has in his teammates and his natural talent at opening up bombsites are just part of the equation that makes Spirit a great team.

The youngest and perhaps most exciting player on the roster is 17 year old magixx. Despite his age, he isn’t your stereotypical puggy youngster who just has good aim. He’s a very methodical player who learns and masters his roles. His incredible maturity and approach to the game make him an IGL’s best friend as he can easily be molded into the system. Similarly to sdy, magixx will often take map control on a certain part of the map, but what really makes him stand out is his utility usage. There’s a lot of thought that goes behind what he does and how he does it. What grenades he throws, at what times, in which areas, what angles he’s holding, what positions he’s in, etc. He has incredibly developed in-game awareness and always manages to change up the way he plays in order to stay unpredictable and deny free information. Scouted out by Russian veteran Alexey "OverDrive" Biryukov, magixx began his career with ESPADA before later joining Spirit, his first professional team. He shows plenty of promise and has a lot of room to grow, much like Robin "ropz" Kool at the start of his career.

Team Spirit has undoubtedly looked great throughout 2020. From qualifying for WESG 2019 to placing first and second at both RMR events thus far, the squad has found a lot of success in a short period of time. After all, the players haven’t even been together for a full year. The aforementioned deep playbook and individual capabilities of each player are obviously key factors in that success, but it’s the team’s structure that makes all the difference. It’s not just five good players on a team, it’s a unit composed of five great players that work together. The system clicks and when everyone is firing on all cylinders, Spirit is capable of amazing things. While the team’s playstyle works amazingly against most CIS teams, NAVI is never to be taken lightly; some of the world’s best players are on that roster. Given that only 45 RMR points separate the two teams on the ladder, a deep run at IEM New York Online would solidify Spirit’s place at the top and disprove any scepticism. Having stepped up to the plate in NAVI’s absence is an amazing feat that the players should be very proud of and, the way things are going, they’re in a position to not only challenge the best, but compete amongst the best. 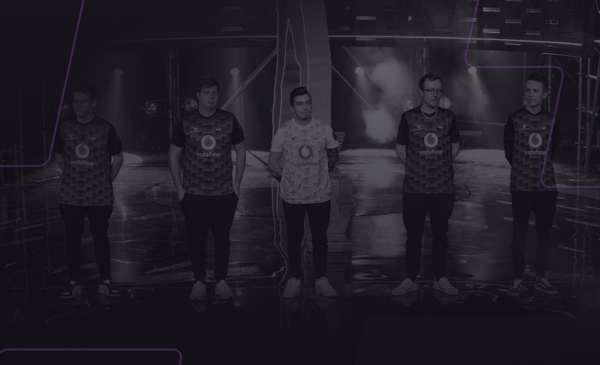 Özgür "⁠woxic⁠" Eker has officially been placed on the Mousesports bench with Aurimas "Bymas" Pipiras replacing him on the lineup. Mousesports have had terrible results during the online era, a 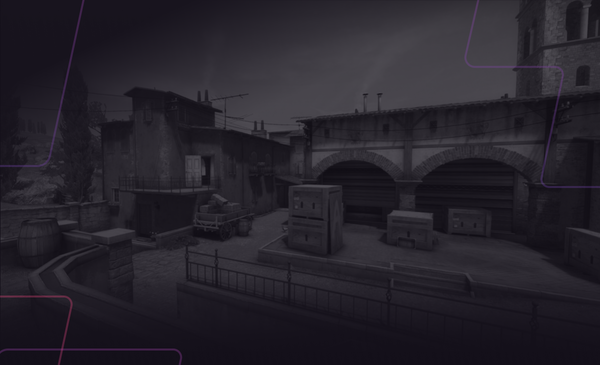 Inferno is notorious for having extremely difficult bombsites to retake, which makes effective CT Side positioning crucial. Having a few gimmick setups to throw off opponents and gain entry kills