Understanding how you and others play together as a team in CSGO is crucial to success. While the fundamentals of good aim and quick reflexes will take you far as an individual player, trying to do everything on your own in a team game is a recipe for failure. The good news is that if you’re playing in a good team, you’ll figure out based on your skillset what role you want to fulfill to help propel your team forward.

The primary roles in CSGO

There are 5 roles in CSGO, 6 if you count riflers separately but we’ll cover that soon enough, they are; support, AWPer, lurker, entry fragger, and IGL. Each of these roles help players and the team focus on a specific aspect of the game in order to help each other win in the most efficient and effective way possible. Roles are not rules and teams will often swap players roles dependent on game conditions. Below we’ll cover each role quickly and get you on your way.

In this role, players will push alongside the entry fragger and provide cover through the use of utility. Additionally, the support player will attempt to trade kills if the entry dies as well as cover other lines of sight. In action, as a support player you’ll throw grenades to open up an execute for the entry on bomb sites or other positions, flashes to blind enemies before pushing, and smokes to cover angles or movement. Essentially, it is the support player’s job to let the entry solely focus on getting to the site or position and execute.

As a support player, you’ll need to learn a bunch of lineups for flashes, HEs, smokes, and understand when to use each one as well as how to communicate them. You’ll need to be a solid teammate and have good game sense to excel in this role as it can be highly crucial to your team’s success or lack thereof.

Every CSGO team will have a designated AWPer, this player will effectively use this weapon to hold long angels and secure crucial picks. The team economy is usually built around providing this player with the AWP as it is a high cost weapon. Typically, these players are highly skilled with the weapon as well as a rifle (have to save up for the AWP, of course) because an AWP in the right player’s hands can alter the course of the match.

As a lurker, you’ll focus on outmaneuvering the enemy team through stealth. A lurker in CSGO will constantly be trying to surprise the enemy team and secure easy picks on isolated players. Typically, a lurker will sit on the opposite bomb site of the executed one and focus on eliminating rotating players. To succeed as a lurker, you’ll need to understand the map you'll be playing incredibly well and be a master at timing both in terms of choosing when to pop out as well as when to pull the trigger.

The first one onto a position, whether that is a bombsite or objective, you’ll be initiating the push and looking to secure an entry kill or at the very least provide support in order for the rest of your team to make something happen. The entry will focus on clearing typical angles held and calling out information on enemy positions.

This role is a high risk and high reward one, your measure of success is securing at least one pick when pushing and helping your team gain the advantage. Also, you’ll more often than not die but if you win the round that is all that matters. In order to really excel at this role, you’ll need to have great aim and a quick reaction.

Every team needs a leader and CSGO is no different when it comes to team dynamics. This person will call the shots as information is gathered and presented thereby helping aid the flow of the game. This player will make decisions on the economy, pushes, rotates, and almost any other decision in a round. To succeed as an IGL, you’ll need to be quick on your feet, adaptable, high energy/morale, and understand the game incredibly well. Typically, as an IGL you’ll fulfill the role of a support or rifler.

You’ll hear the Rifler term a lot and it typically refers to players who aren’t designated AWPers Outside of that, sometimes your team may run a double AWP setup and/or one or more players may fulfill the support role as every CSGO player should bring utility to the table. It shouldn’t be left primarily to the support player - Rifles and AWPers need to know smokes, flashes, and molotovs to stop pushes, assist teammates, and overall increase their pressure on map control.

As you play CSGO, you’ll notice that your roles or others roles will change to be able to fulfill whatever is needed on the team. Therefore, every player should have a good understanding of the other roles, their requirements, their responsibilities, and overall game sense of how to effectively operate as one. Eventually, you’ll find yourself in the role that you excel at and playing with others that recognize that then proceed to play around that. 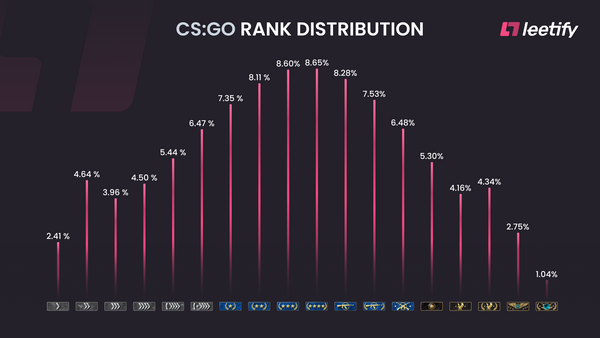 One of the most critical aspects in CSGO is the economy, it adds a layer of complexity that few other first-person shoots have and players (you) that master it will ultimately succeed more often than not.