With millions of CSGO matches analysed, Leetify can identify patterns that few others can. Today, I will look through the data and rank each bombsite from hardest to easiest to retake, whilst also looking at the difference in retake % by rank. This data only includes retakes that were attempted, so rounds, where the CT players choose to outright save, are not included in the data.

Retaking Bombsites requires a combination of strong positioning, utility usage and clutch ability to find success. It is an essential part of a successful CT side, however, it comes with a harsh choice between denying the round win from the T side and protecting your teams economy. The decision on whether to save or attempt a retake includes a multitude of factors including economy level, number of CT's vs T's and what map/bombsite you are planning on retaking. As we will see in this article your chances of a successful retake on a bombsite can be drastically affected by the rank you are playing at.

The hardest bombsite to retake in CSGO is Inferno's A bombsite, which has a large drop off in success rate for the middle tier giving us a V shape. This pattern suggests that Inferno's A bombsite becomes increasingly difficult as players begin to understand basic utility, however, when players progress to learning more advanced utility for retakes, the bombsite returns to a level similar to the bottom tier. Think twice the next time you are going to retake the A bombsite, especially if you are in the middle tier.

Nuke's A bombsite comes in at 13th place with the Bottom tier playing struggling to find Retake success compared to the Middle and High tiers. This suggests that after reaching the middle tier and learning fundamental utility, positioning and game sense, skill level has little effect on retake success.

Dust 2's A Bombsite becomes easier to retake as we ascend the ranks, this suggests that an increasing skill level favours the CT side more than the T side in retake scenarios on this bombsite.

With Inferno's B bombsite placing 11th we have our first full map in the list! Be advised Inferno fans, if the T's take a bombsite, you might want to let them have it and protect the economy.

Overpass's A bombsite comes in at 10th place, with both Middle and High having a similar retake success compared to the bottom tier. This suggests that after learning basic utility, game sense and positioning, increases in the skill level do not favour one side or another.

Train's A bombsite places 9th with an upward sloping pattern, one of only two maps to have a pattern like this. This suggests that as the skill level increases, the CT side begin to gain an advantage.

Dust 2's B bombsite has a downward sloping pattern, with a huge 12.28% difference between the Bottom and High tier. This suggests that as the skill level increases, it becomes more difficult for CT's to find success in their retakes. Dust 2's B bombsite has narrow entrances which can be easily cut off by molotovs and smokes, making retakes nearly impossible especially the T side have lots of utility at their disposal.

Mirage's A bombsite also features a downward-sloping pattern, however, there is only a 2.18% difference between the Bottom and High tier. This means that there is little change as players increase in skill level even though its pattern is  downward sloping.

Overpass's B bombsite is the final one to feature a downward sloping pattern, suggesting that as players knowledge of utility, positioning and game sense increases, the bombsite begins to favour the T side.

Vertigo's B bombsite has a V shape pattern, with an average difference of  8% between Middle tier and Bottom or High tier. This pattern suggests that the basic utility, game sense and positioning learned at the middle tier can make retakes extremely difficult, however, once advanced retake strategies, utility and positioning are learned the map swings back into the CT sides favour.

The Middle tier of players is finding the most success on Mirage's B bombsite with both Bottom and High struggling to perform on the same level.

Vertigo's A bombsite is the easiest A bombsite to retake, with the 2nd easiest A bombsite on Mirage placing 7th! We can see a large drop off in retake success from Bottom/Mid tier to High tier, this suggests that advanced utility, coordination and game sense make the bombsite significantly easier to retake.

Nuke's B Bombsite gets 2nd place, with a huge difference between the Bottom and High tiers equalling 12.93%. This suggests that the physical structure of the bombsite has a large influence over the retake success rate, with Bottom tier players struggling to overcome this due to a lack of utility usage, whereas High tier players can use this to their advantage. This leads to rapid growth in the retake success rate between the tiers.

In 1st place with a 9.52% lead over 2nd place is Train's B bombsite with a 46.35% success rate. To put this into context, the difference between 1st and 2nd place is larger than the difference between 2nd and 9th place! With such a high retake success rate, Terrorists should favour the A Bombsite on Train where only 28.10% retakes find success. Why do you think Train has such a high retake success rate?  Join the conversation in the Leetify discord and let us know your theories!

By taking the overall average retake success of each map and comparing it to T Side Rounds Won, we can see a positive relationship between how easy a bombsite is to retake and the amount of T rounds won on a map. The easier it is to retake bombsites, the less T sided a map is.

The most noticeable feature of this graph is the massive difference between 1st and 2nd place. Train's B bombsite has proven itself to be the easiest bombsite to retake with a significant lead in every single tier group. On the flip side, A inferno comes out as the hardest site to retake with only 22.8% of retakes finding success.

One conclusion we can take away from this Data is that A bombsites are significantly harder to retake than B bombsites. B bombsites on average placed 4 positions higher than their A counterparts, with Vertigo being the only map in the game where the A bombsite was easier to retake than B. Why do you think that is? Join the conversation in the Leetify discord and let us know what you think!

Thanks for reading! Keep an eye on the Leetify Blog as we will soon begin releasing a series of articles which will help you elevate your retake skills. 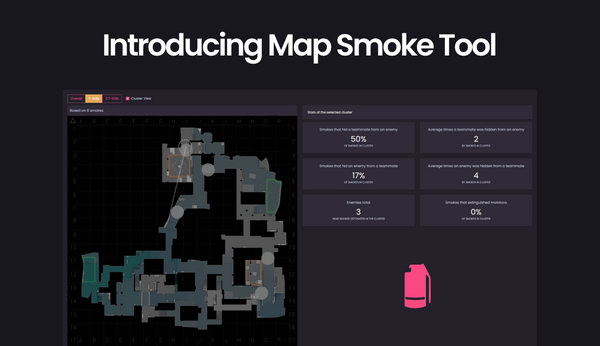 Over the last month, there's been a ton of updates to Leetify. We felt it was time to summarize the updates made. 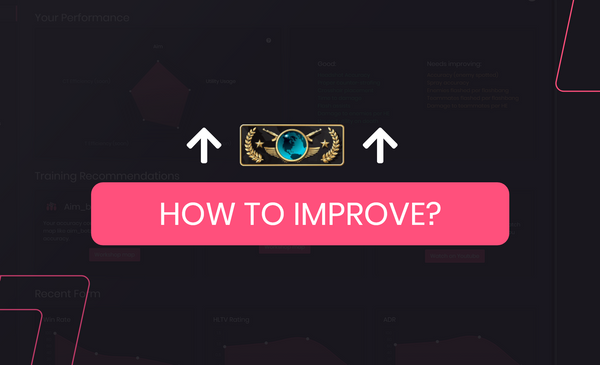 This guide will help you unlock the full value of Leetify and improve faster in CSGO. It covers the most important principles of how to use Leetify and what to look for.